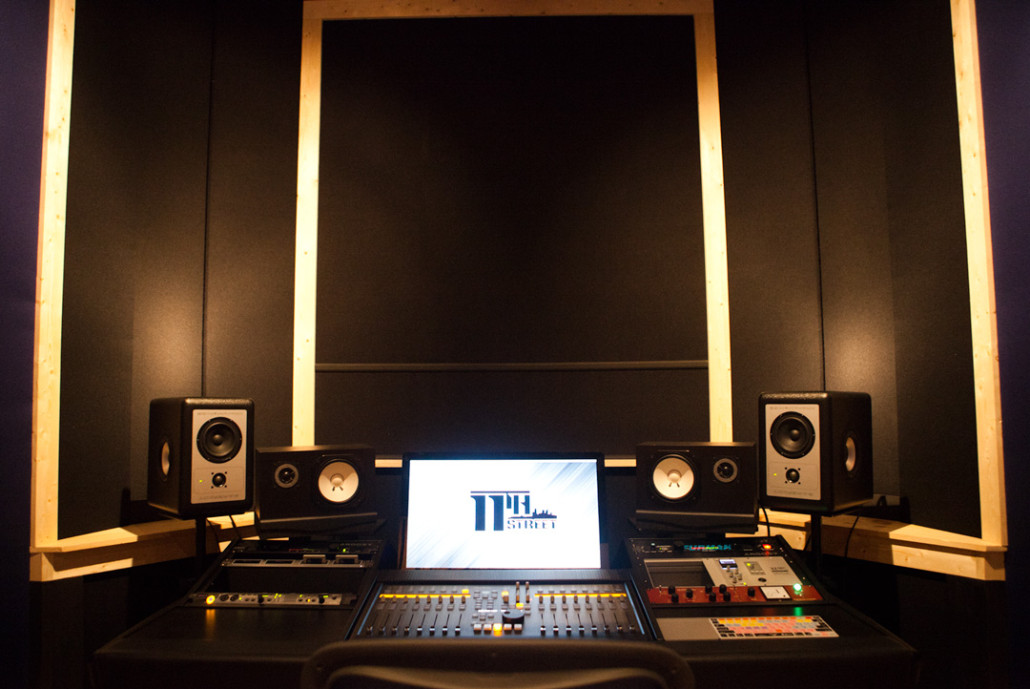 11th Street Studios is proud to announce the official opening of our 4th room, Studio E, along with the overall expansion of the facility as a whole, with the final integration of the lower level now accessible from within.  Studio E is an approximately 10′ x 12′, 120 SF control room with vocal booth, designed and built by our own Audio Elements, LLC.  It features Pro Tools HD 11 running on a blazing fast Mac Pro 3.5 GHz 6-Core w/ 16 GB of RAM and a massive 27″ Apple Thunderbolt HD Display.  Conversion is handled by an Avid HD Omni Interface, with quality monitoring provided by industry standard Yamaha NS-10’s as well as the acclaimed Barefoot MicroMain35’s.  A Universal Audio Octo powers the large collection of UAD-2 plugins, which compliment a host of other native plugins on the system.  With an SSL Nucleus console as the centerpiece, this great sounding room will serve us well as a space for writing, production, editing, tracking, and mixing.  We can’t wait for the first session!

11th Street Studios managed to stay busy during the holidays, as producer Blac Elvis spent 12 days in Studio B this month working on various songs with his stable of Mars On Sunday artists, including Pippy Thomas, Charmaine, Princess (from Crime Mob).

Brick Squad Monopoly/ Atlantic Records artist Waka Flocka Flame booked a day in Studio A to work with his producers 808 Mafia. Southside and TM88 worked on the music while Queso handled engineering duties.