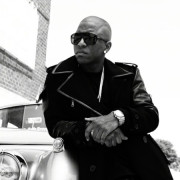 We kicked off the new year strong here at 11th Street Studios, staying booked on all but 4 days of the month. We took a well earned break on the 1st, and lost a few days due to the snowstorm.

NNTME MuCo. booked a total of 17 days in Studio C, using the time for various projects for Def Jam artist August Alsina, Gloria Prince, and Rocky Diamonds. Dan Cahill engineered most of the sessions, with engineer Devin, with producers Keys, Cassius Jay, Knucklehead, and The Exclusives, and songwriter Fallon King.

A1 Records artist Rocko booked 11 days in Studio A and another 2 days in Studio B working on an upcoming mixtape. Producers Jon Boi, Nitti, and DJ Spinz came thru to provide beats, with Steve Fisher and Kori Anders providing engineering and mixing services.

BMG/Freebandz artist Young Scooter booked Studio B for a total of 5 days this month as he continues to record new material, with EJ Washington engineering.

Dantae Peeps came in Studio A for 4 days to work with engineer Steve Fisher on a few new songs for the upcoming release of the US version of his new album, “Perfect Getaway”. The original album was released in November in Japan by Tyro Productions.

Young Money artist Shanell worked 3 days in Studio A on a few new songs for herself, and for the new upcoming Young Money compilation album to be released later this spring. Steve Fisher engineered.

Epic Records artist Future came in for a day in Studio A, and another day in Studio B, to work on the finishing touches on his sophomore album. Dungeon Family’s Big Rube came in to drop another intro, with Seth Firkins and Steve Fisher engineering.

Def Jam booked 2 days in Studio A for August Alsina, as he worked on new material with The Exclusives producing and writing.

DTE‘s Trouble worked with producer Drumma Boy for 2 days in Studio A, with Pat engineering.