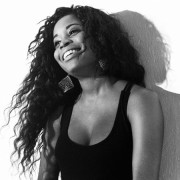 2015 began with a bang at 11th Street Studios, with business taking off immediately and continuing strong throughout the month.  Producer Blac Elvis‘s grind continues in Studio B, booking 20 days to work with his stable of Mars On Sunday artists, including Pippy Thomas, Charmaine, and Princess (from Crime Mob).  Rowdy Records/ Interscope artist Alex 242 booked 7 days in Studio A to work with producer Drumma Boy, with Pat engineering.  Guests stopping by to check in included Lloyd and 8 Ball.

NNTME MuCo. songwriter Felisha King booked 5 days in Studio C and another day in Studio B to write songs for her catalog. Quick engineered the sessions.  EDM’s Bass ambassadors and Ultra Records artists Heroes X Villians took a break from their busy tour schedule and booked a day in Studio A to get some production work in.

Earl Jam r&b group Final Draft booked Studio B to record their new single, and then spent a couple days in Studio A to have the song mixed.  Studio owner Steve Fisher engineered and mixed the single “#DWN”, produced by group member Lucky, which was released a week later.

Yo Gotti‘s Cocaine Muzik Group booked both Studio A and Studio C, and then a second day in Studio C for their artists Zed Zilla, Snootie Wild, and Kia Shine to work on various upcoming projects.  EJ Washington and Quick shared engineering duties on the sessions.

Baltimore rapper and Freebandz affiliate YGG Tay booked a day in Studio C to finish up some recording with engineer EJ Washington, then EJ spent a week in Studio C mixing 16 songs. A final day was spent for DJ Flow to host the mixtape, entitled “Rich Before Rap”, which was then mastered by Steve Fisher and dropped on DatPiff the following day.  Producers on the project include Metro Boomin, TM88, London On The Track, DJ X-Rated, Elijah808, Backpack, Eardrumma Aubz, and Lace & Kidd.